Note Designer was developed by Patricia and Mark, a husband and wife team of psychologists who were interested in helping clinicians with the often vexing task of clinical record keeping. Here is a bit of their story…

As a clinical psychologist in practice for over 20 years, I (Patricia) was well aware of the challenges of keeping good clinical records – feeling overwhelmed when staring down at the blank page after a session, often writing far too much detail as I tried to capture the complexity of what had gone on, and then feeling nervous about what I had written, whether it was too much, or not enough, or if it was even legible!

After several years of this struggle with my paperwork, I decided to review the literature on proper note writing and began to build a checklist of well-articulated statements and phrases that capture what tends to go on during a clinical hour: I would simply check off what seemed to apply in any given session and then add a few comments to fill in any further details. Though using the checklist was definitely helpful, it didn’t have the quality and clinical feel provided by a more coherent narrative.

It is at this point that my husband, who in addition to being a research psychologist is also handy with computer programming, created a personalized program that would generate a narrative paragraph based on whatever statements I selected. Over time we tweaked this initial model into a prototype version of Note Designer. As I began to use and benefit from the timesaving (and anxiety-reducing) qualities of Note Designer, several of my colleagues caught wind of our invention and asked if they could try it too. They were extremely positive in their feedback, saying that the program helped them save time and also helped them recognize the diversity of interventions they were using in their work. Some said that it helped them track their clients’ progress over the course of treatment, while others said it was even fun to use (a bit like playing a videogame)!

With their comments and input, we then added several additional features including customization slots, short-term database storage, and a range of preference settings. Based on all the positive feedback and the frequent suggestion that we make the program more broadly available as a product, we invested some further time and initial funds in developing Note Designer for its launch in 2013. Most recently we developed an online version that is even more highly customizable and which we will continue to develop with new content. With all versions of the program, the control of your confidential information is in your hands: The program never sends your client notes to the cloud, to our server, or across the internet. We are pleased that we now have 1000s of satisfied mental health professionals using Note Designer for their clinical notes. We hope you like it too!

If you have any questions about Note Designer feel free to contact us at info@notedesigner.com, or at 514 465 6275. 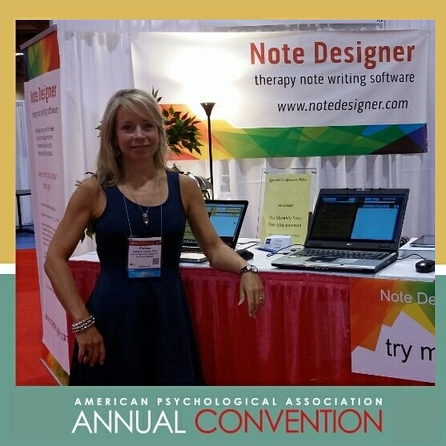 Note Designer was created in 2013 by two psychologists who wanted a better way to generate therapy notes.

Ready to Get Started?

Start using Note Designer today! If it turns out to be not quite what you need, return it within 30 days for an unconditional refund.

A crucial part of our work as clinicians is keeping appropriate records. Note Designer was created in 2013 by two psychologists to do just that.